“It’s the year 1980, an era where the fashion and culture of young people are in full bloom”

I plan on using this blog to write out my opinions on foreign cinema ranging from television shows, animation, and films as a way to collect my thoughts on how to articulate what I want to say about my topic of the week. I’m personally working on a project that will be released out in the American market through an American anime distribution company, so once that comes out, I will do a write up on that. So for my inaugural first blog, I am going to focus on a show that covers two of the three topics of interest for me, and that is Aoi Honoo.

Aoi Honoo is a Japanese television series that aired on TV Tokyo back in July of 2014 for its 11 episode run, and it is based off the Japanese manga by Kazuhiko Shimamoto. Aoi Honoo tells the “fictionalized” account of Shimamoto time at the Osaka University of Arts between 1980 and 1981, as the main protagonist Moyuru Hono (the insert character for Shimamoto) battles his constant struggle between a lack of discipline towards art assignments, breaking into the manga industry, the love triangle he believes he is in, and getting the upper hand against soon-to-be notable anime director, Hideaki Anno. Hono personality is that of a living anime character, by having that “hot-blooded, all guts and glory” attitude to any challenge that comes his way, which mostly lets Hono fall flat on his face in humility in the end. Aoi Honoo doesn’t just focus on Shimamoto, but spends the other part of the story focused on the very beginnings of Anno in forming what becomes the animation studio GAINAX.

When it comes to the creation of Gainax, Anno wasn’t just the only entity that created it. You see the formation of the founders of Gainax coming together like Hiroyuki Yamaga, Takami Akai, Toshio Okada, and Yasuhiro Takeda. The show even has the real Gainax creators playing other roles, such as the real Takeda is seen as a driving instructor that gives Hono a hard time, and the voice of “The God of Manga” Osamu Tezuka is voiced by the real Okada. The character Anno is portrayed as Anno today, a workaholic, self dedicated, talented individual who still acts out scenes from Ultraman in his apartment and the public bath house. He is also the type of person who if you ask “What’s Gundam?,” he will make you sit down and marathon the entire show till your death from his personal Betamax tape collection, and then explain all the details in the episodes in order to keep you awake from your sleep induced mental suicide. 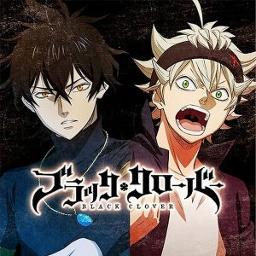 The show doesn’t just show Hono or Anno the entire time, but also brings in other characters that have made impacts in the anime world at the time the show is taken place in. Other mainstream anime producers, directors and creators show up in the show (to reflect that they all went to the same university) like studio Bones president Masamiko Minami, manga arist Yano Kentaro, and a fellow editor for Shonen Jump that comes along to help out Hono. 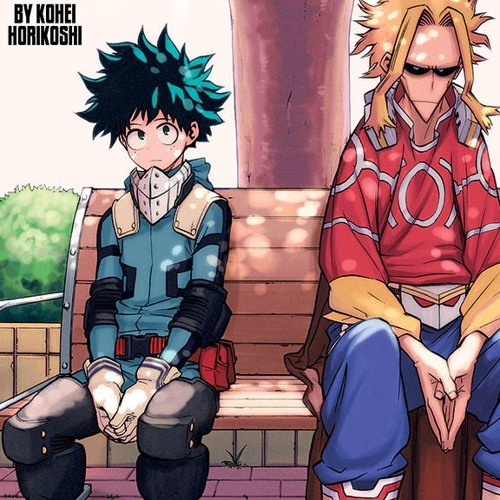 The other supporting cast member to come along side Hono is the character of Nobuhiku “Mad Holy” Horie, who helps Hono to get his foot in the door towards publishing his own manga. Horie was one of the main hands in getting Fist of the North Star (Hokuto no Ken) into Shonen Jump, which has changed the staple of storytelling that is seen in Shonen Jump to this day. Horie character is seen as a heavy chain smoker, who seems to work 80 hour weeks being cooped up in his office at all times. His clothing style resembles the main protagonist in Fist of the North Star, with his cutoff jeans and sleeveless jean jacket as his preferred everyday wardrobe. His personality is that of someone who has lost his mind some time before meeting Hono, which adds to the shows comedy.

Throughout the show, there are a few scenes that can delight the heart of old anime fans out there, as the main characters will sit down and watch the latest anime series currently on television at the time. Hono and part love interest Hiromi sit down and watch an episode ofCyborg 009 (1979), which only causes Hono to see how well animated the characters move in terms of applying gravity and physics in the animation sequence. Of course with Hono trying to explain this to Hiromi, this is only met with him flipping out in being part of this shows comedic charm. The same can be said when Hono goes into a convenience store with a middle age clerk asking him what is going on with the plot in Space Runaway Ideon (1980) playing on the store counter, which the clerk seems to be frustrated with the plot of the show and having a hard time following Ideon. Leiji Matsumoto works are also moral support for our protagonist, which can be said that Hono is a fan of Matsumoto with Galaxy Express 999 posters are hung on the walls of Hono room next to a rack of manga. Some of the classic anime characters that make manga style cameos are voiced by veterans such as Toru Furuya, Masako Nozawa and many more.

What has been written so far in this post is just a few parts that make up for Aoi Honoo charm. If you are someone that grew up around Japanese animation in the 1970’s and early 1980’s, or just a really big enough fan to know what is seen in the show, then this will have a special impact on you. Some of the jokes and comedy regarding the Gainax group is found to be true in an exaggerated form, which if anyone has read Notenki Memoirs, it should be pretty easy to pick up on those inside jokes made by the characters. I’m convinced to some degree, entirely EVERYTHING shown in Aoi Honoo is 100 percent accurate, even going down to the brainstorming ideas of the Daicon III opening animation. So with that said, definitely check out Aoi Honoo, or Blue Blazes if you prefer.

Tune in next time for the hottest hits by The Cyber Funker himself, and enjoy the vibe…