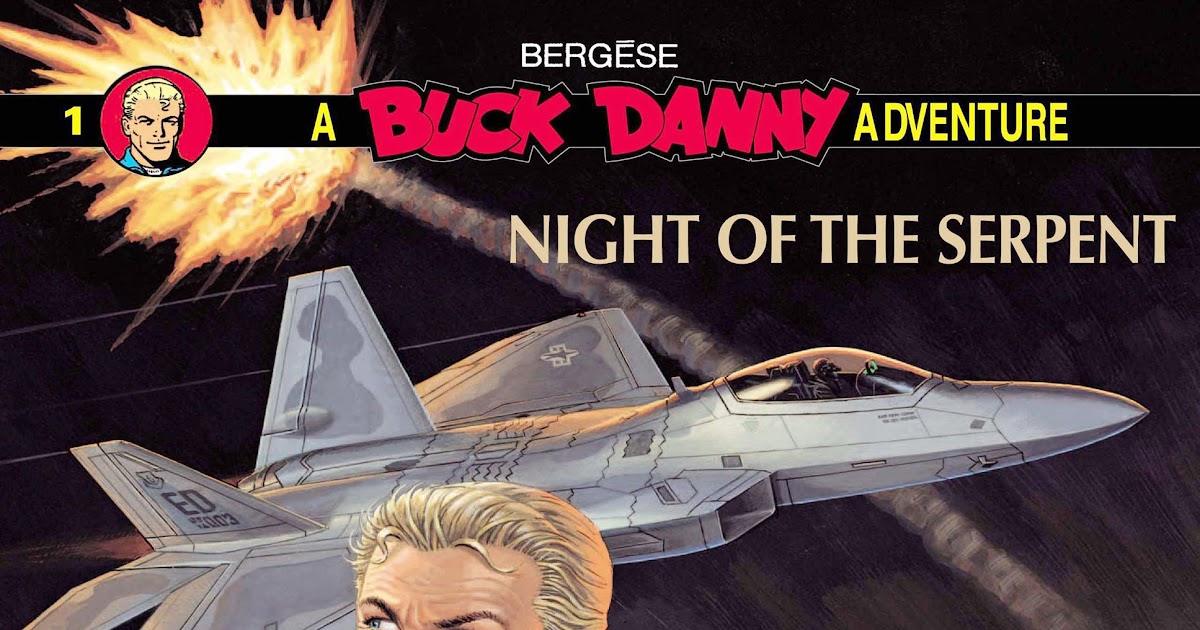 Buck Danny is a captain in the United States Air Force whose adventures began in 1945. Over the years, quite some scenarists and illustrators have worked on the albums after the death of the founding duo, Victor Hubinon and Jean-Michel Charlier. In this latest issue we can see the work of Frédéric Zumbiehl and Gil Formosa for the first time.

After a Japanese aircraft is shot above the Senkaku Islands, an area that both China and Japan claim to be their own, everything seems to point in the direction of the Chinese. American help is needed to sort things out between the two nations. Colonel Buck Danny and the others are called to the American aircraft carrier Ronald Reagan. If the conflict escalates and a war is inevitable, the Americans will have to choose the Japanese side, as they concluded a defense treaty with Japan. As of yet, the main goal is to avoid a war and to find out what happened, as well as guard the Japanese airspace. What they don’t know is that the threat doesn’t come from China, but from within Japan itself. Lady X, Buck Danny’s eternal rival has found the help of a wealthy industrialist who is associated with a group of extreme nationalists who want to gain control over Japan. He provides the means for her to execute her plan, namely provoking a war between the United States and China, and then blow up the Ronald Reagan, to finally conquer Buck Danny.

The action starts right away on page one, as we see how a Japanese aircraft is shot from the air. Without much further information, the story switches to the lovely, sunny Hawaii, leaving you in the dark as to what exactly you saw just a second ago. Frédéric Zumbiehl leaves you in the dark for just a little longer, showing how Sonny Tuckson and the others are enjoying their holiday. When all of a sudden they are summoned to go to the Ronald Reagan at once, the adventure truly begins and the pace is set. Action sequences follow each other quite rapidly, without you losing sight of what is going on though. There is quite some text to plow through, and some words even need to be explained at the bottom, but it doesn’t slow the pace down. The story provides an interesting plot and, even though we know way earlier than Buck Danny and his crew that a Japanese aircraft did the damage, the air chases are still very exciting.

What makes these air chases so enthralling might also be the illustrations by Gil Formosa and the coloring by Isabelle Drouaillet-Formosa. The aircrafts show many details, adding a lot to the overall feel of the series. The scenes where the men fly through the air are often set at night, thus lots of dark colors were used in this album. Nonetheless, the night skies show beautiful shades of blue, which are even accentuated more due to the panels covering almost the entire page. On the other hand, when in broad daylight, the colors are much more bright and there are more blank spaces between the panels.

Buck Danny #54 Een Schaduw in de Nacht is the first cooperation between Formosa and Zumbiehl, and they prove to be a winning team. How to reduce photo file size in iphoto. They present you with a fun, strong scenario accompanied by detailed illustrations and coloring that uses many different shades. To be continued…