In his Sarivadelina Kaverini (Raga Aasaveri), Tyagaraja says the river, after seeing Lord Ranganatha, has come to Thiruvaiyyaru. There are plenty of places along the route of the river where it branches into two and joins again, thereby forming islands. Each of these is a rangam and sports a temple for Lord Vishnu as Ranganatha. Five of these are grouped together as Pancharanga Kshetras.

The first of these in terms of location, and therefore known as Adi Rangam, is Srirangapatna. The temple dates to the 9th century and the original structure is accredited to a dancer named Hampi. The deity here is of granite. It is one of the shrines associated with the works of the Dasa Koota and some songs of Purandara Dasa, in praise of Lord Ranganatha, could have been composed here. But their descriptions could apply to Srirangam as well. But Kanakadasa’s Yake Ninilli Pavadiside is unambiguous for it refers to Paschima (western) Ranganatha at the “beautiful Srirangapatna”. The song, a long one, is structured as a series of questions asking the Lord if he is reclining owing to fatigue after several incarnations. It is significant that this 16th century composition is almost identical to the 19th century En Palli Kondeerayya in Tamil of Arunachala Kavi, composed on Lord Ranganatha at Srirangam.

Both Tamil and Kannada traditions agree that Srirangapatna is the first of the Rangams. The latter has it that there are only three, of which the Madhya Rangam is near Sivasamudram and the Anta Rangam is Srirangam. The Tamil version has five of which the second is Koviladi or Thiruppernagar. Around 15 miles from Trichy, the temple is on a mound known as the Indra Shaila and is accessed by a short flight of steps. The Lord here is Appala Rangar, as He is on the opposite bank to the better known Ranganatha of Srirangam. He is also referred to as Appa Kudaththan, which could be a corruption of Ap-p-ul Kidanthan (He lay amidst water). That name gets credibility when you look at the proximity of the river. The temple overlooks it and being at an elevation, from its prakaras you get a magnificent view of the Kaveri. Thirumangai Azhwar refers to the Lord as being surrounded by the perennial river, reading which makes a sad commentary on the bone dry Kaveri today. It significant that much of Thirumangai’s verses on this shrine sing of its high boundary walls, perhaps a flood protection measure. Nammazhawar’s Thiruvaimozhi too describes the glory of the place, especially its tall buildings and groves, filled with parrots and bees. The temple has also been sung on by Thirumazhisai Azhwar and Periyazhwar. The morphing of the Lord’s name to Appa Kudathan is now reinforced by a silver pot placed in the deity’s hand and with Appams being offered daily during worship.

A river Songs belonging to this tag are listed below. View all Glossary Terms. Number of Songs with this Tag: 3. Kaveri Ranga Kasturi Ranga. Karunya Ranga Karunanta Ranga. Kalyana Ranga Kamaneeya Ranga. Sri Ranga Ranga Sri Sai Ranga. View Lyrics in Other Languages. The Kaveri River (Kannada: ಕಾವೇರಿ ನದಿ, Tamil: காவிரி ஆறு), also spelled Cauvery in English, is one of the major rivers of India, which is considered sacred by Hindus. This category has the following 30 subcategories, out of 30 total. River Source: Maharashtra. States Covered: Maharashtra, Karnataka & Andhra. The sharing of waters of the Kaveri River has been the source of a serious conflict between the two states of Tamil Nadu and Karnataka.The genesis of this conflict rests in two agreements in 1892 and 1924 between the Madras Presidency and Kingdom of Mysore.The 802 kilometres (498 mi) Kaveri river has 44,000 km 2 basin area in Tamil Nadu and 32,000 km 2 basin area in Karnataka. Logo of Kaveri should be redesigned to include Karnataka map with Kaveri river and artistically designed Kannada 'kA'. Logo should then be registered in Maryland by KEC 2004 3. Kaveri should be registered in Maryland by December 31, 2004 4.

The Lord here is known as Adi Ranganatha and the place Koviladi because it is believed this shrine predates Srirangam (Koil). Which brings us to the third of the Rangams or Madhya Rangam or Srirangam. As it is well known it is best we move on. Suffice it to say that it has hymns by eleven out of the twelve Azhwars and songs by practically every Carnatic music composer.

The fourth Rangam is at Kumbhakonam and is known by its famous processional icon – Sharngapani. The main deity, Aravamudan is a stunningly beautiful stucco figure of a reclining Vishnu. The Lord is said to be in the process of getting up based on a request by Thirumazhisai Azhwar and the posture is known as Utthana Sayanam. The sanctum is in the form of a stone chariot. It also houses large figurines of Sridevi, Bhoodevi and the sages Bhrigu and Markandeya, respectively the fathers of the two Goddesses. The first song that comes to mind here is Ghanam Krishna Iyer’s Paarengum Paarthalum in Kalyani. Seven Azhwars have sung hymns here, namely – Bhutathazhwar, Peyazhwar, Thirumazhisai Azhwar, Nammazhwar, Periyazhwar, Andal and Thirumangai Azhwar. There is however a theory that a temple on the banks of the Kollidam is the fourth Rangam and not this one.

The last one is at Thiruindalur, a suburb of Mayavaram. Sung of by Thirumangai Azhwar alone, it has two Muttuswami Dikshitar compositions, both beginning Parimala Ranganatham and in raga Hamir Kalyani. Of these, the one with Samashti Charanam alone is in Subbarama Dikshitar’s Sangita Sampradaya Pradarsini. The Lord in this temple is reclining in a posture known as Veera Sayanam. What is significant is that the sanctum has idols of Kaveri and Ganga. It is in this shrine that Lord Ranganatha assured Kaveri of a status superior to Ganga and it is believed that the latter comes each Tula (Oct/Nov) to bathe in the former and cleanse herself of her sins!

This article appeared in The Hindu’s Friday Review section dated Sept 8, 2017, which was dedicated to the Kaveri Pushkaram.

Reference material for this article was primarily from MS Ramesh’s monumental seven-part compilation titled 108 Vaishnavite Divya Desams, published by the Tirumala Tirupati Devasthanams. Besides I have also referred to the kritis of Purandara Data, Tyagaraja, Muthuswami Dikshitar and Ghanam Krishna Iyer. The Azhwar works referred to are from the 1971 edition of the Nalayira Divya Prabandham, published by VN Devanathan

Of the five kshetras mentioned in the article, I am yet to visit Thiruindalur.

We, the Kannada loving community in Washington D.C., Maryland and Virginia in order to promote literary, educational and cultural activities, facilitate charitable activities, and to further the intercultural understanding among the people of the United States of America and Kannadigas in other parts of the world, do hereby join together to form an association.

The name of the association shall be KAVERI KANNADA ASSOCIATION (Washington DC, MD and VA)

Section I: The aims and objectives of the association shall be to promote literary, educational, cultural activities of Kannada loving people, facilitate charitable activities, and to create an opportunity for the cultural exchange between the peoples of the United States of America and Karnataka in particular and any other part of the world where Kannadigas may reside, in general.

Section II: No part of the net earnings of the association will inure to the benefit of any individual or individuals except when the executive committee decides to grant honoraria to distinguished scholars and artistes.

Section II: Each dues paying member shall carry one vote. In the event dues are established separately for 'single' and 'family' memberships, the definition of 'dues-paying-member' shall be as follows. The individual and his/her spouse shall both be dues paying members when he/she pays for the family. Dependent parents and children living with the dues-paying family member/members are entitled to all the benefits of membership except voting rights. Life Member is defined as a member who decides to pay the prescribed amount that entitles him/her to receive all the benefits of Family membership for life.

Section III: Annual Membership dues for 'single', 'family' and dues for 'life' membership shall be decided by the voting members at the annual general body meeting.

Section IV: Membership may be revoked for a period not more than twelve months with due notice of a month for conduct considered not compatible with the aims and objectives of the association, by the two-thirds of the assembled voting members at the General body meeting of the association, provided that an explanation from the member being revoked has been obtained and considered unacceptable to the majority of the executive committee.

Section I: The executive committee shall consist of seven office bearers, minimum of four and maximum six members and two non-voting youth members. Youths between the ages of fourteen and eighteen are eligible to be youth members. 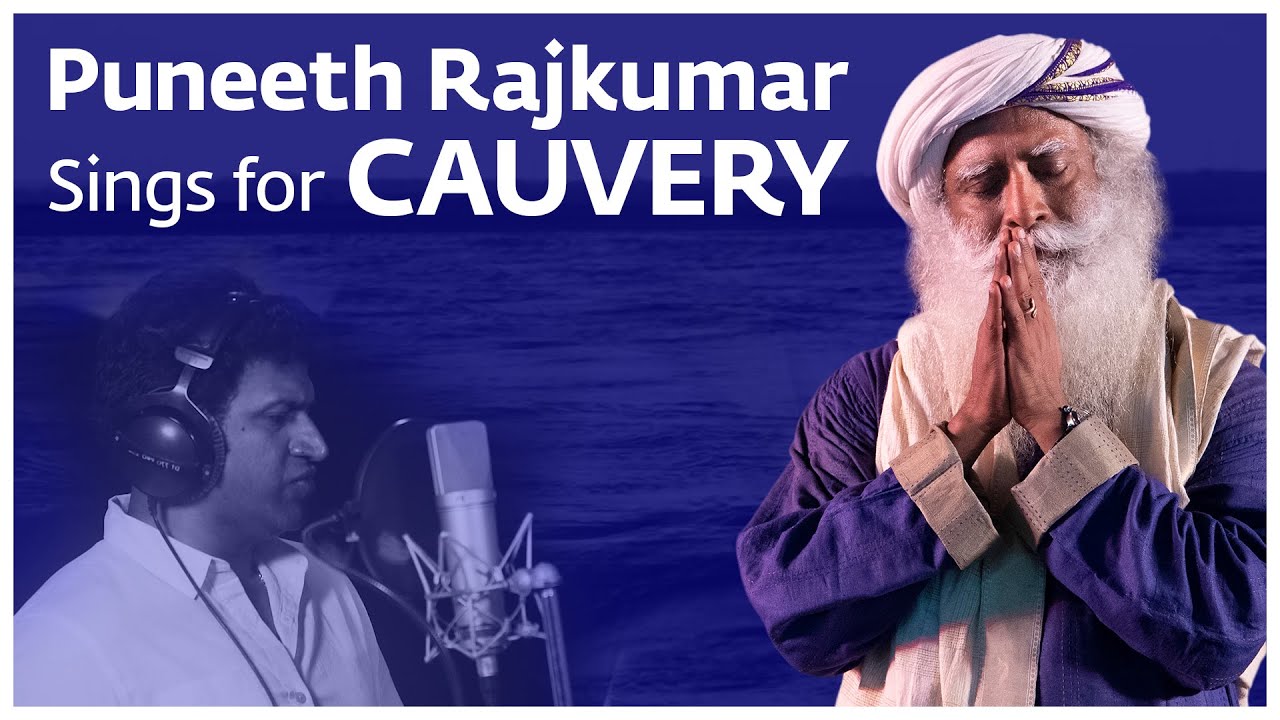 Section III: The term of office for the executive committee and the auditor shall be one year.

Section IV: None of the members of the executive committee including the office bearers, youth members and the auditor shall receive salary or take remuneration of any kind for his/her services.

Section I: Executive committee shall decide the date and time of the general body meeting. The notice of the annual meeting shall be communicated to the voting members of the association at least two weeks prior to the meeting date.

Section II: Special general body meeting of the association may be held at the call of the executive committee or by the written request of at least twenty-percent of the voting members.

Section III: The quorum for any general body meeting shall be fifty voting members.

ARTICLE VIII: AMENDMENTS TO THE CONSTITUTION

ARTICLE IX: Types of functions to be organized

1. In additional to the general body meeting, there shall be at least two major functions during the year. In addition to holding the usual functions the executive committee shall make an earnest attempt to receive and honor visiting artistes and scholars considered in high esteem by Kannadigas. The executive committee shall make every effort to accommodate and involve youth/children in all functions of Kaveri. Filmora 7.8 9 registration code 2018.