The Lotus T125 is a gentleman racer's fever dream that failed spectacularly.

The Lotus T125, also known as the Lotus Exos, is a single seater sports car produced by Lotus Cars.Lotus planned on producing 25 units, but only 5 have been produced. The T125 appeared on Top Gear in July 2011, driven by Jeremy Clarkson.

An extremely rare Lotus T125 is set to cross the auction block at the Amelia Island Concours d’Elegance this weekend. Short of buying a decommissioned F1 car, you're not going to get closer to owning an actual grand prix racer than the T125.

The Lotus T125 was the brainchild of one Dany Bahar, the branding whiz who launched Red Bull into F1 and helped Ferrari grow into a merchandising powerhouse. In 2009, Bahar was named CEO of Lotus, where he proceeded to undertake a series of highly ambitious projects. One particularly aggressive move was to sell wealthy customers on the idea that they could have an F1 car to play with on the weekend. And so the T125 was born. In the end, it failed spectacularly (as did Behar, who was fired under allegations that he misspent company funds on wasteful extravagance.

Exactly what sort of extravagance? At the 2010 Paris Motor Show, where Lotus unveiled five new cars, Bahar flew in a cadre of well-to-do clients to its headquarters in England, where they were schooled in the marque's history and steeped in its racing pedigree. Deadline varies nv business license. As Matt Farah has for The Drive, these customers were then whisked off by private jet to Paris, where they were led down to the basement of the Louvre for the unveiling of the T125.

The car looked every bit like a modern F1 racer, but was it purpose-built for those monied customers. Its single-seat cockpit was made roomier, and behind it sat a 3.8-liter V8, bored out from Cosworth's Indy engine for drivability and longevity. It could still scream to 11,000 rpm and kick 640 horsepower out through a six-speed sequential gearbox, but didn't require an external starter motor. To help the customers find a use for the T125, Lotus devised a complete track-day program.

In short, it was everything a “gentleman racer” could ever want. But at the height of the Great Recession, not a single one T125 was sold. The project was scrapped, and the few prototypes built were mothballed. Bahar was sacked a couple of years later.

Now, nearly a decade on, one of only two or three T125s made has been consigned to RM Sotheby's for its forthcoming Amelia Island sale in Florida. This example has barely been driven, and comes resplendent in JPS-style livery, complete with a “comprehensive list of spares and additional equipment.”

Given that this is the first T125 we've seen on the market since its ill-fated debut, there's no telling how much it might sell for. But if your fortunes have recovered half as well as Lotus' have (now under the patronage of Volvo parent Geely), and you're troubled by an itch that can't be scratched by anything less than your own F1-style track car, this could be your black-and-golden ticket. 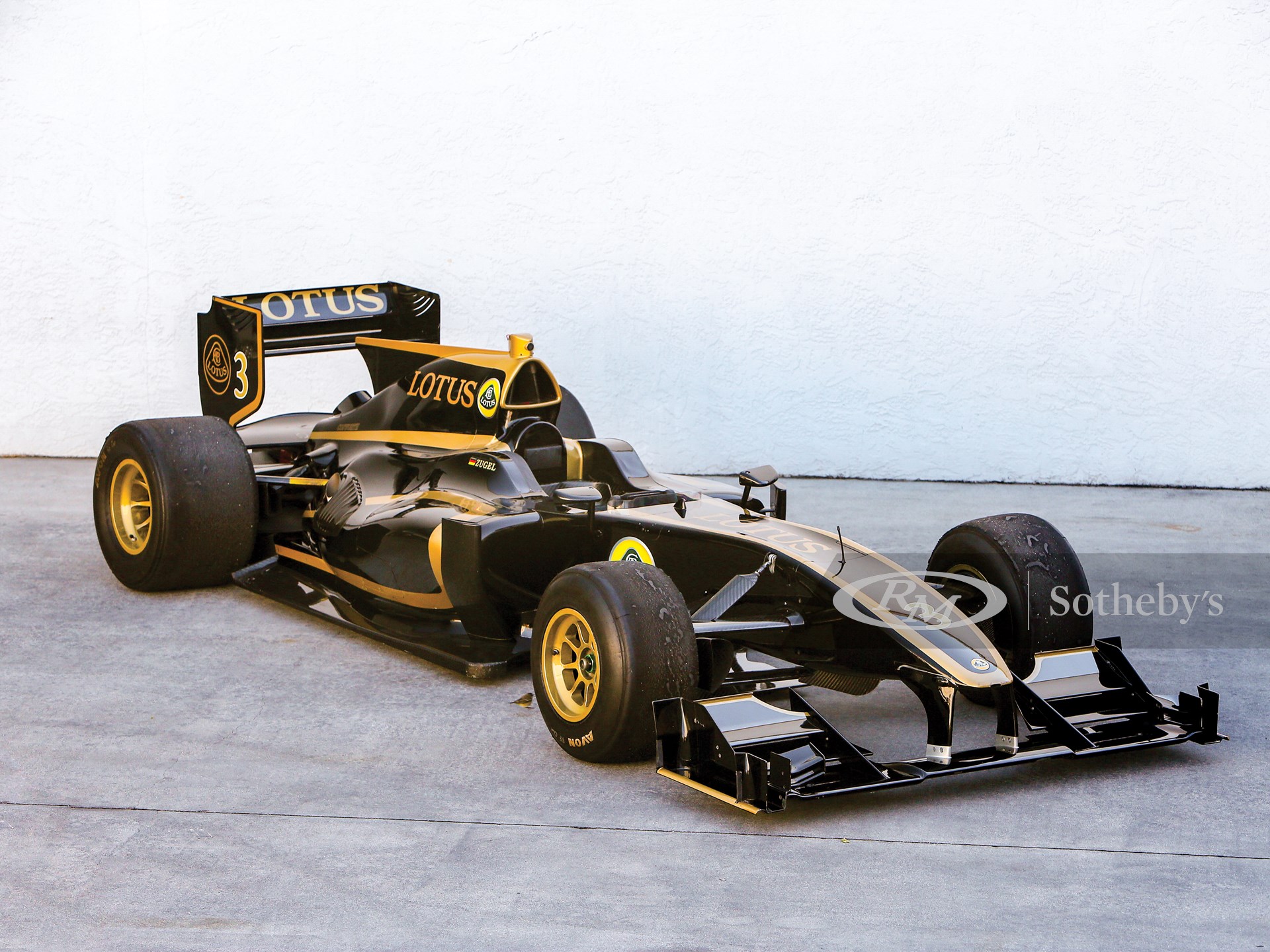