Renowned mix engineer Jack Joseph Puig employs his massive collection of vintage outboard gear on everything from the Black Crowes to Black Eyed Peas. Now, thanks to Waves, you can get your hands on some of the same goodies.

May 29, 2020 I have the SSL E Channel 4000 from Waves can't beat $29:-) You saud BX SSL 4000 channel E is amazing why not use it over the Waves SSL? I've studied the BX SSL 4000 channel E and its exactly like the desk. As a matter of fact you can take the black LF buttons and turn it Brown giving a softer LF. The Waves SSL G-Master Bus Compressor is a classic plugin, modeled after a classic compressor. This SSL bus compressor clone has been around for a long time but I find it still holds up nicely. I have used the UAD Fairchild plugin in my several mixes and it really means. Brainworx bxtownhouse Buss Compressor. Built in 1978 by the legendary. Waves RCompressor. The Waves RCompressor, at this point, is considered a staple compressor and is used by many audio professionals. It can be used subtly to correct certain tonal qualities or it can be used to the extreme to get something crunchy. I would consider this my go-to compressor for a “smoothing” type of sound.

The Fairchild 660 and 670 variable‑mu compressors are possibly the most collectable items of vintage audio gear in the world, so it's hard not to feel a twinge of envy when we learn that Waves were able to choose 'the best sounding” unit from Jack Joseph Puig's vast collection for modelling purposes! The Puigchild emulation is one of three plug‑ins in the JJP Collection, and the other two are likewise based on gear that the great man uses in his own room at LA's Ocean Way Studios, namely the Pultec EQ1‑PA and MEQ5 equalisers.

Lastly, Waves have added sidechain input and a button to toggle on and off the “analogue,” which adds pleasant noise and harmonic distortion present in the original circuit. As one would expect from Waves, The SSL G-Master Buss Compressor sounds incredible. The Waves SSL 4000 Collection includes three-modeled plug-ins: the SSL E-Channel, the SSL G-Master Buss Compressor, and the SSL G-Equalizer. Included with the software is a PDF manual that explains each of the plug-ins in a clear and well-written format. Also included is an article from the legendary engineer Bob Katz on mastering.

In last month's SOS we looked at the other Waves bundle endorsed by a celebrity mixer, the Maserati Collection. In that bundle, the plug‑ins are not recognisable emulations of individual pieces of gear, but attempts to replicate an entire processing chain that Tony Maserati typically uses for vocals, drums, bass and so on. Here, by contrast, what you get is conventional replications of original hardware units, albeit developed with the aid of Mr. Puig's golden ears, and supplied with a selection of his own presets.

The plug‑ins are presented with Waves' usual attention to detail, and are available in all major native formats and as TDM plug‑ins for Pro Tools HD. Authorisation is by iLok.

The original Fairchild 670 was basically a stereo version of the 660. The JJP Collection includes separate plug‑ins called Puigchild 660 and 670, though it's not clear if the 660 was modelled on a mono original or whether it simply represents half of the 670 plug‑in! Both are straightforward in use: the amount of compression is set by adjusting Input Gain and Threshold controls, and a six‑position Time Constant switch allows you to choose attack and release time settings. Retro VU gain‑reduction meters show what your settings are doing to your music. One distinctive feature of the original 670 was its ability to operate in mid/side (or 'lateral/vertical') mode, as well as in conventional stereo compressor mode, and that ability is faithfully recreated here.

The two Pultec equalisers emulated here were originally passive attenuators with a valve amplification stage to restore signal level after equalisation. They have some features that seem quirky from a vantage point 60 years down the line, but again, there are relatively few controls, and their effects are easily learned. The most distinctive feature of the Pultec designs is that the boost and cut circuits are independent, allowing you to apply both positive and negative gain in the same frequency region. That might sound odd, but many engineers have found musical applications for the resulting EQ curves. The EQ1‑PA operates at either end of the audio spectrum; at the low end, separate Boost and Attenuation controls operate, with a choice of four corner frequencies. At the top end, a shelving cut can be applied at 5, 10 or 20 kHz, while the parametric boost circuit has a bandwidth control, plus its own selection of centre frequencies.

The MEQ5, despite the name, basically offers three bands of equalisation: low‑mid and high‑mid boost circuits and a 'dip' band that covers the entire range. There are no bandwith controls, and frequency controls are switched.

Waves have stuck very closely to the original control interface on all three plug‑ins and, in their quest for authenticity, have even included the option to add tiny amounts of 50 or 60Hz mains hum. At least you don't have to change the virtual valves, eh.

Both Fairchild and Pultec gear has been emulated a number of times in software, and since the sound of the original hardware varies from unit to unit — especially after half a century of heavy use — it's difficult to evaluate the accuracy of these emulations without hearing them alongside the unit that was measured to create the model. Having failed to persuade the powers that be at SOS of the absolute necessity of an all‑expenses‑paid trip to LA, all I can do is say that these plug‑ins sound great regardless. The Pultec (sorry, Puigtec) equalisers have an almost magical ability to enhance the core musical quality of an instrument without emphasising unwanted elements such as sibilance or boxiness. Cutting the low end tames a thick bass or low mid‑range without making it sound anaemic, while top‑end roll‑off sounds smooth and glossy rather than dull or muted. (Even the 20kHz setting has obvious results within the audio range.)

For a unit with so few controls, the Puigchild compressor is impressively versatile, and if it has something in common with the equalisers, it's a musical sixth sense: it seems to home in on what's right about the source and build it up, whether that be the thwack of a snare drum, the bounce of a drum submix or the flowing quality of a guitar part. The mid/side mode is surprisingly useful once you get the hang of how it works (you have to be quite careful to balance the levels of the middle and sides components by ear, as the metering is not particularly detailed).

One thing that sets these plug‑ins apart from other Fairchild and Pultec emulations is the provision of preset libraries designed by Jack Joseph Puig himself. Some would debate the importance of presets in a compressor or equaliser, since the settings should always be tailored to the source, but at the very least it's interesting to get an insight into the settings that JJP might use on a particular source. It's also noteworthy that almost all the presets are designed for individual instruments, even though the Fairchild 670 in particular is renowned as a bus compressor.

In absolute terms, then, it's very hard to find fault with the plug‑ins in the JJP Collection; if anything is likely to stand between them and potential buyers, it's the fact that some rival emulations appear to offer better value for money. For instance, for around the same cost you could get a Universal Audio UAD2 Solo DSP card, which comes with their own Pultec emulation, plus the optional UA Fairchild emulation (also, intriguingly, modelled on a 'golden unit” at Ocean Way!). This would give you the ability to run these plug‑ins without loading the CPU, as well as some of the other goodies that come free with UAD cards. Pro Tools users might also want to investigate the McDSP range: their Filterbank and Compressor Bank plug‑ins offer emulations of many vintage gems. Alternatively, IK Multimedia's T-Racks 3 mastering suite includes detailed Fairchild and Pultec simulations alongside numerous other processors, and clocks in substantially cheaper than the JJP Collection, though their format makes them less suitable for mixing applications. Whichever way you lean, though, you should definitely check out the demo of the JJP Collection first, because you don't have to listen for long to be tempted!

If you'd like to know more about Jack Joseph Puig, his studio and his unique approach to mixing, you can check out our Inside Track interview from November 2007: /sos/nov07/articles/insidetrack_1107.htm.

A Rolls Royce among plug‑in bundles, the Waves JJP Collection is not the cheapest but sounds gorgeous. 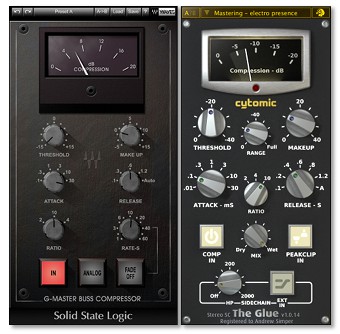